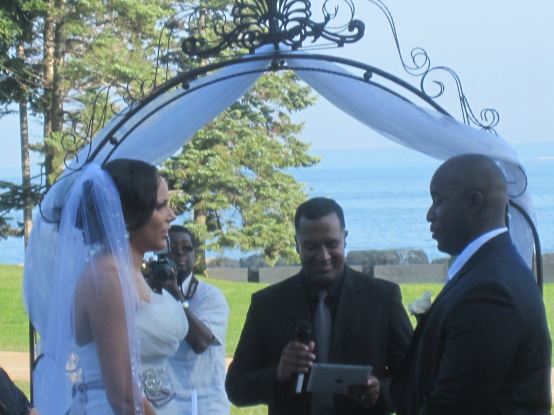 From the first instance I stepped into Marquis Gardens on the waterfront in Burlington I knew we were going to be part of something special . I was excited long before my site visit and even before my first consultation with Amy . I had heard of the venue but literally , seeing is believing . The outdoor service was breathtaking. Who would not love to be married in such a beautiful setting with the gorgeous backdrop of the lake to fill the picture out ? I don’t lend to cliche very much but to watch Amy and Jerry say their nuptials literally had me choked up .When you witness what was being expressed you just know you are seeing true love at it’s finest.

After the ceremony was done the wedding party went inside followed by the guest . It was my understanding that there was to be cocktailing outside for a bit while pictures were being taken . I saw the guest and their big smiles trying to get to the new husband and wife . How could you not want to just hug and congratulate them after what you just saw. I grabbed my camera as soon as they came inside to make sure to capture the moment ! 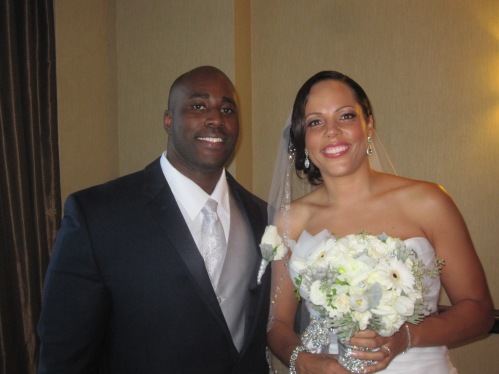 Speaking of capturing the moment John and Veronica Photography were a pleasure to work with . Their same day edit left very few dry eyes while their picture booth had everyone smiling and laughing to out due each others silly pictures. Every image they’ve captured is breathtaking.

Jessica Bres and the staff of Marquis Garden helped to make it a smooth transition from cocktailing to dinner and then to dancing . That in itself is no small feat . There are many venues that can’t pull this off correctly . There were a few changes as the night progressed but they continued to execute . My hats goes off to them.

Amy and Jerry’s hard work with the littlest of detail was prevalent all throughout the room. From the toast from Mayor Rob Ford to the African dancers everything was unique .The rest of the night was full of love and laughter , tears and joy from this newly blended family . It was a pleasure to be a part of their special night .

Error: Twitter did not respond. Please wait a few minutes and refresh this page.